On May 6th several members of the Pennsylvania chapter of the American Guard attended the annual second amendment rally at the capital building in Harrisburg PA. Along with over a thousand other citizens. Since becoming a chapter in March 2017 the PA chapter has been at the forefront of defending the Constitution across the state. The chapter has been out spoken in its defense of American Values, openly opposing all ideologies that go against traditional American Values. These include Communism, Socialism, National Socialism, Sharia Law, identity politics, gun control, illegal immigration, and any other threat to the American way of life. 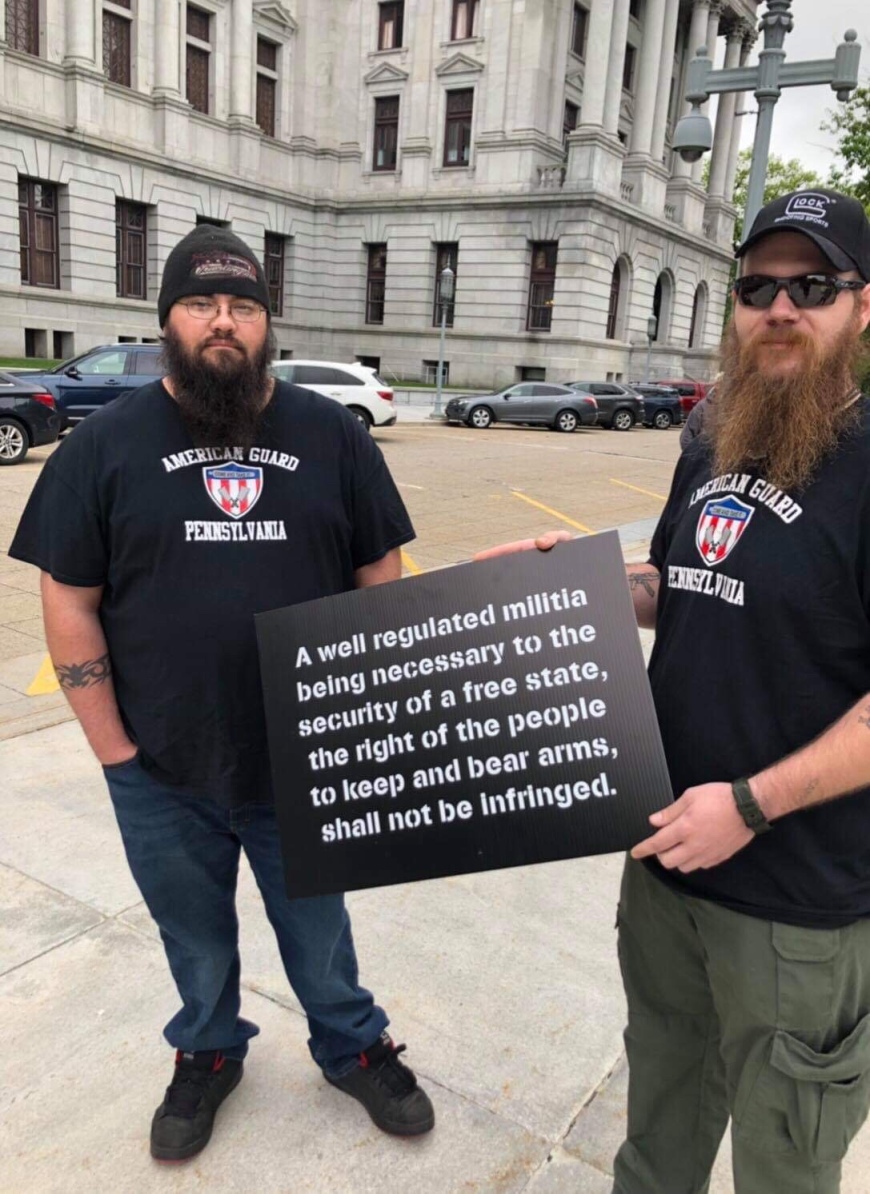 One thought on “The American Guard is out here every day standing up for our constitutional rights.”